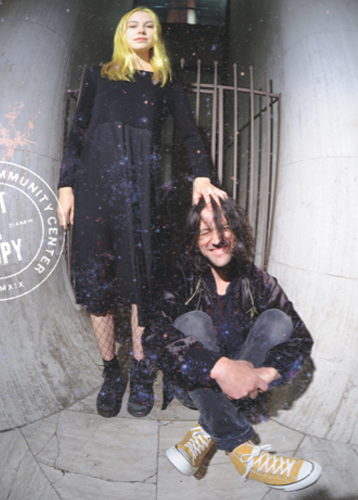 Better Oblivion Community Center, Phoebe Bridgers & Conor Oberst’s new band, have announced their first ever Irish show at Vicar Street on 13 May 2019. Tickets €27.50 plus booking fee are on sale now

The new band, formed by Phoebe Bridgers and Conor Oberst, kept their plans under wraps for months as they wrote and recorded in Los Angeles in the summer and autumn of 2018. By the tail end of the year rumours were swirling and a mysterious phone number appeared on social media platforms. Fans of both artists began receiving enigmatic brochures in the mail and a bus stop advertising the Better Oblivion Community Center appeared in their hometown of LA.

The album – released by Dead Oceans – appeared without warning on DSPs and within the hour the band were performing for the very first time on American network television.

‘A collection of quiet, wandering thoughts: the sound of twin souls burrowing deeper into their common ground’ 7.7 Pitchfork