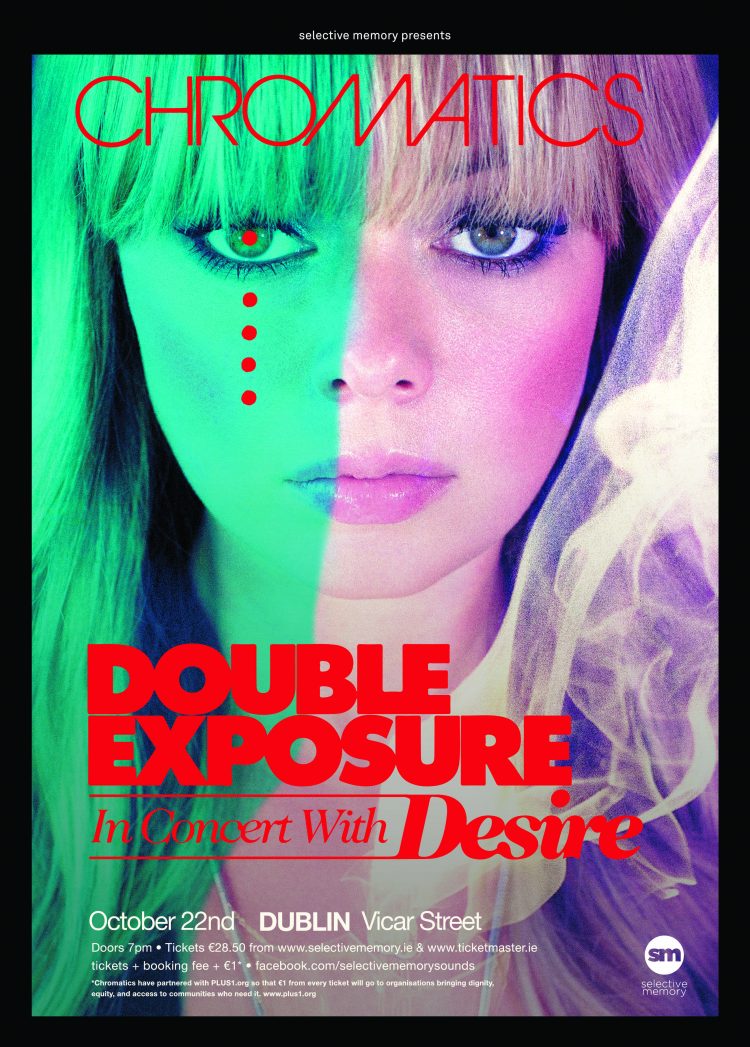 Tickets On Sale this Friday 3rd May at 9am

After announcing their first public concerts in over 5 years, Chromatics is set to take the stage all over Europe. Onstage, the group will be playing their favourite moments from Night Drive, Kill For Love, Cherry, & Dear Tommy. Visually, the entire night features films directed by Johnny Jewel mixed live by video artist Danny Perez (Antibirth, Panda Bear). Bringing a cinematic experience to the concerts, the bands will be blurring the line between stage and screen.

Montreal’s Desire will be performing in direct support of Chromatics. Front woman Megan Louise sings in French and English over Italo Disco laced Dream Pop. Their single “Under Your Spell” made a splash on the silver screen in Nicolas Winding Refn’s cult classic Drive alongside label mates Chromatics, Electric Youth, & Kavinsky.

From Vancouver, B.C., Italians Do It Better label mates In Mirrors open the nights with their hypnotic brand of Minimal Wave, Krautrock, and Post Punk.

Chromatics recently released their new single “Time Rider”. In “Time Rider”, Chromatics employ the metaphor of a motorcycle as an inter-dimensional bridge between the future and the past.  In this dream, the motorcyclist mirrors myths of the grim reaper as Ruth Radelet eerily asks “Can I take your hand? I want to ride with you into the storm.”