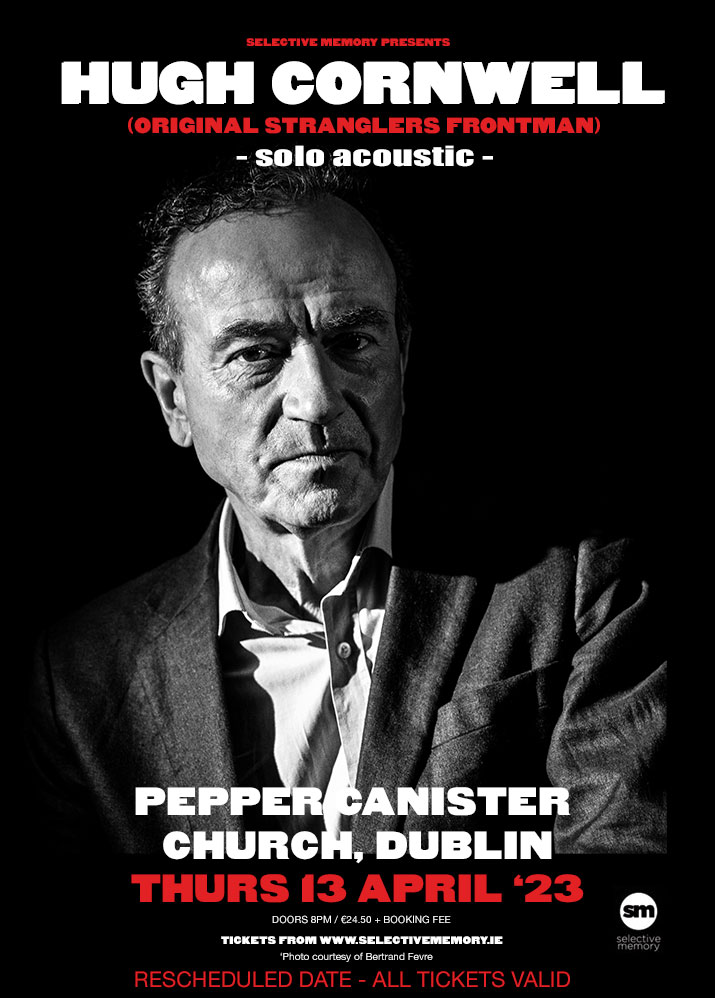 THE HITMAN IS BACK

At the beautiful Pepper Canister Church in April 2022

With a career spanning over 50 years, Hugh Cornwell has just released his 8th solo album ‘Monster’ to critical acclaim.

Promising to bring a show to Ireland that features hits such as: Golden Brown, Strange Little Girl, Always The Sun, Peaches, No More Heroes and Nice & Sleazy, this is a show not to be missed.

Hugh will also be performing on the following dates and venues:

Tickets for HUGH CORNWELL at Pepper Canister Church are €24.50 + Booking fee and are on sale NOW