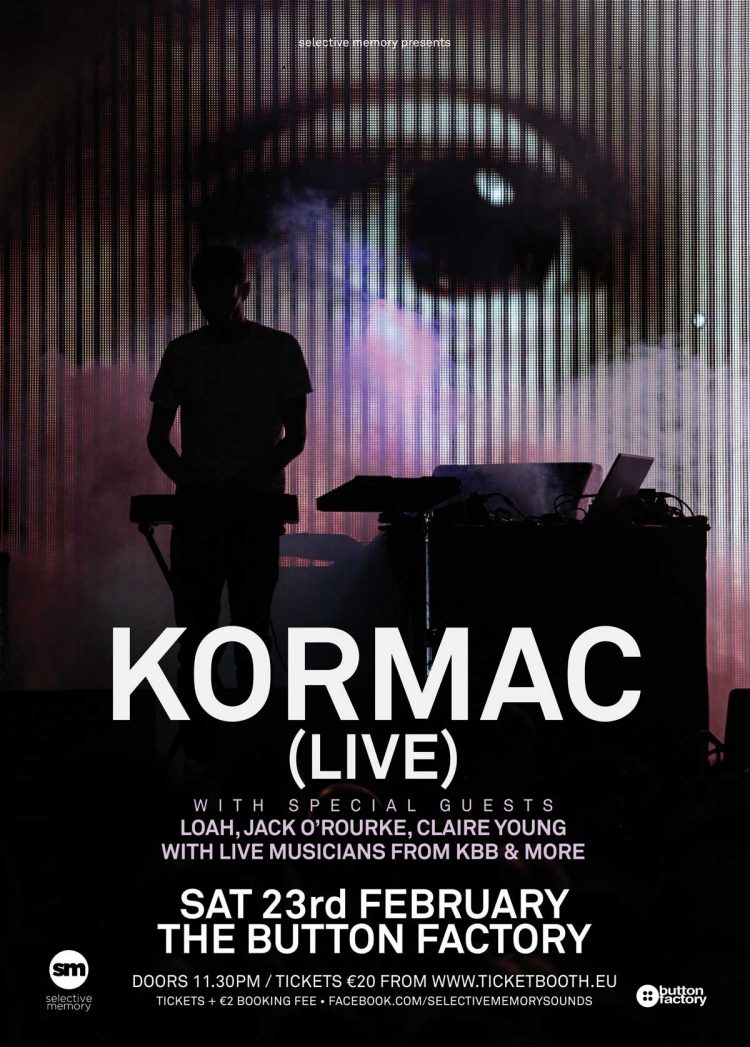 Tickets are on sale now

One of Ireland’s most exciting and innovative musicians – Hot Press

One of Ireland’s most sought after producers, live acts and originators of live club

Performing alongside a host of special guests including Loah, Jack O’Rourke, Claire Young and his Big

March. He will be performing new material, some of which was written for mammoth “Equivalent Exchange”

Kormac has racked up over 20 million spotify streams while his recent collaborations with Jafaris, Saint

Sister, Jack O’ Rourke Loah have seen massive radio play. He has sold out shows across the UK and

Ireland and been nominated for the Choice Music Prize. 2019 will see Kormac bring his new show to the