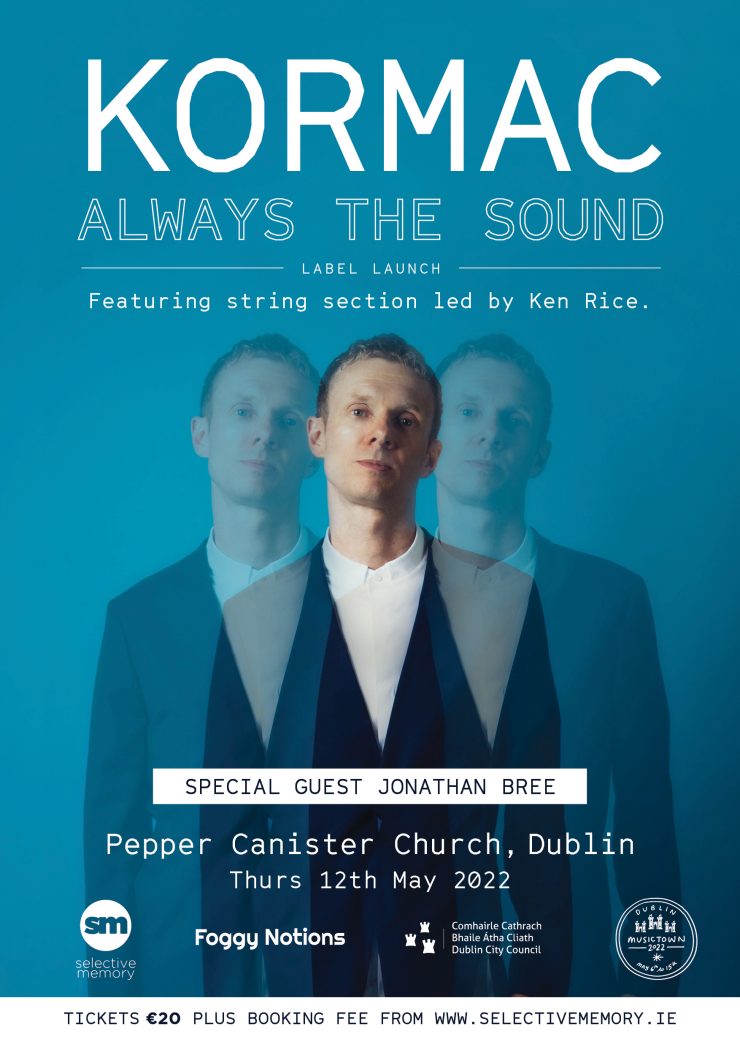 KORMAC: ‘Always the Sound’
featuring string section led by Ken Rice, plus guest vocalists TBA
Pepper Canister Church, Dublin 2
Thurs 12th May 2022. 8pm
Tickets €20 + bk fee from www.selectivememory.ie
For this brand new show, his first since pre-covid; Kormac will be performing a selection of work from the last three years, previewing tracks from his forthcoming new album, cues from his recent TV and film scores and recent collaborative pieces using a custom-designed modular synthesis rig.
The pieces will be performed alongside a string section led by acclaimed composer, conductor and arranger, Ken Rice.   A classically-trained violinist from the outset, Ken finished his formal training in London with David Takeno, head of strings at the Guildhall school of music and drama. Ken regularly performs with Irish Chamber Orchestra, the National Symphony Orchestra and is leader of orchestras such as Orchestra of the National Concert Hall, the Lyric Opera Orchestra, Dublin Sinfonia and the Lombard Ensemble.
An exciting selection of guest vocalists are lined up for the show and will be announced in the coming weeks