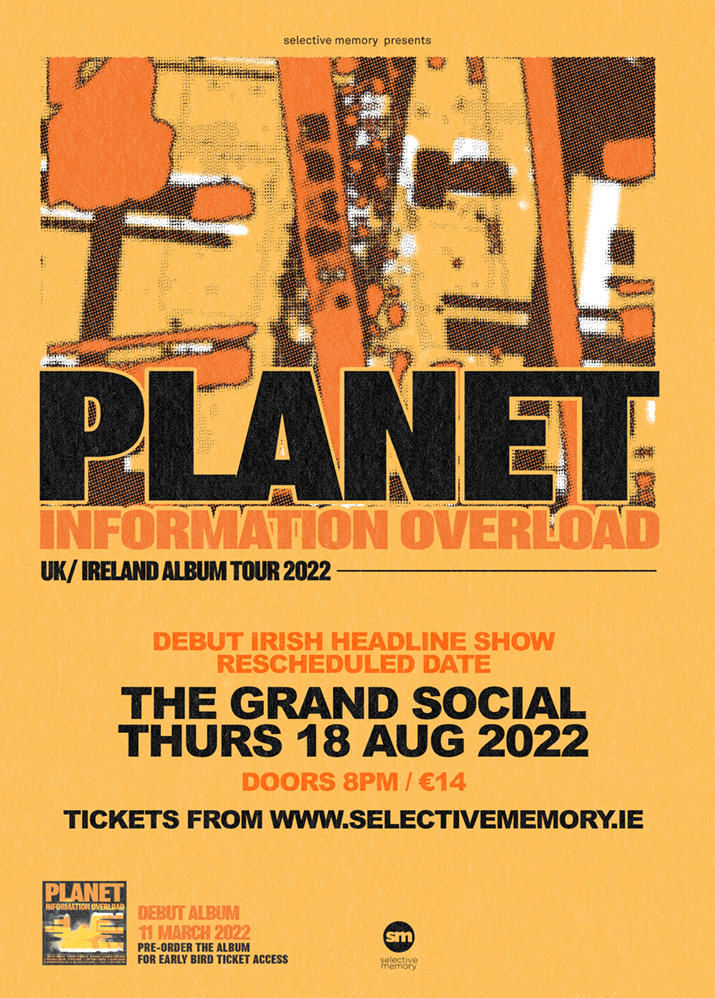 
Selective Memory is delighted to announce a show with Australian indie rockers PLANET at the Grand Social in Dublin. This will be their debut Irish Headline show.

This is a rescheduled show – all tickets remain valid.

Having recently returned with their brand new single Resign, the band also released a video for the track, which was filmed just a few blocks from the band’s home studio in Sydney during the lockdown and mirrors the sunny feel of the song.

Watch and listen below.

Their first new single since 2020, the new track follows on from the Maybe Someday EP that included singles Never New and Reason Why. The track was co-produced by the band and Grammy Award-winner Adrian Bushby (Muse, New Order, Placebo, U2, Foo Fighters). An upbeat track, Resign features lush summerly guitars and an anthemic chorus with vocalist Matty Took belting the lyrics “I’m breaking at the seams // Life was always short”.