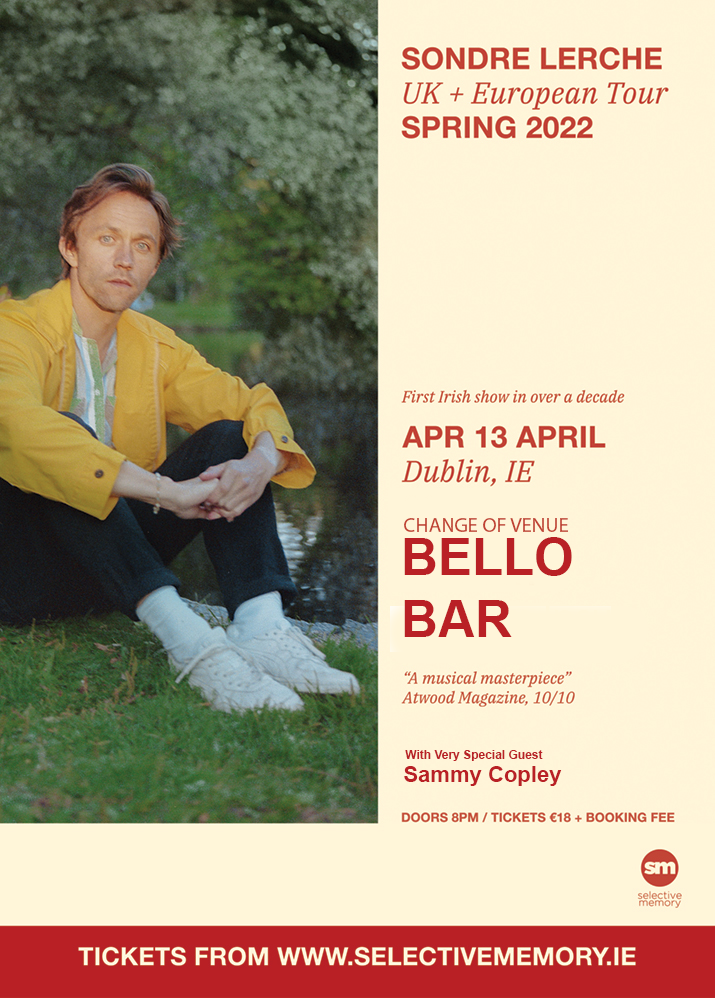 First Irish show in over a decade

The Norwegian Grammy award winner has been creating hit records since his debut at just aged 16 in 2002. This same year he was listed as one of the ‘ most remarkable debuts’ by Rolling Stone.

Tickets for Sondre Lerche are €18 and are on sale now Only from Selective Memory.