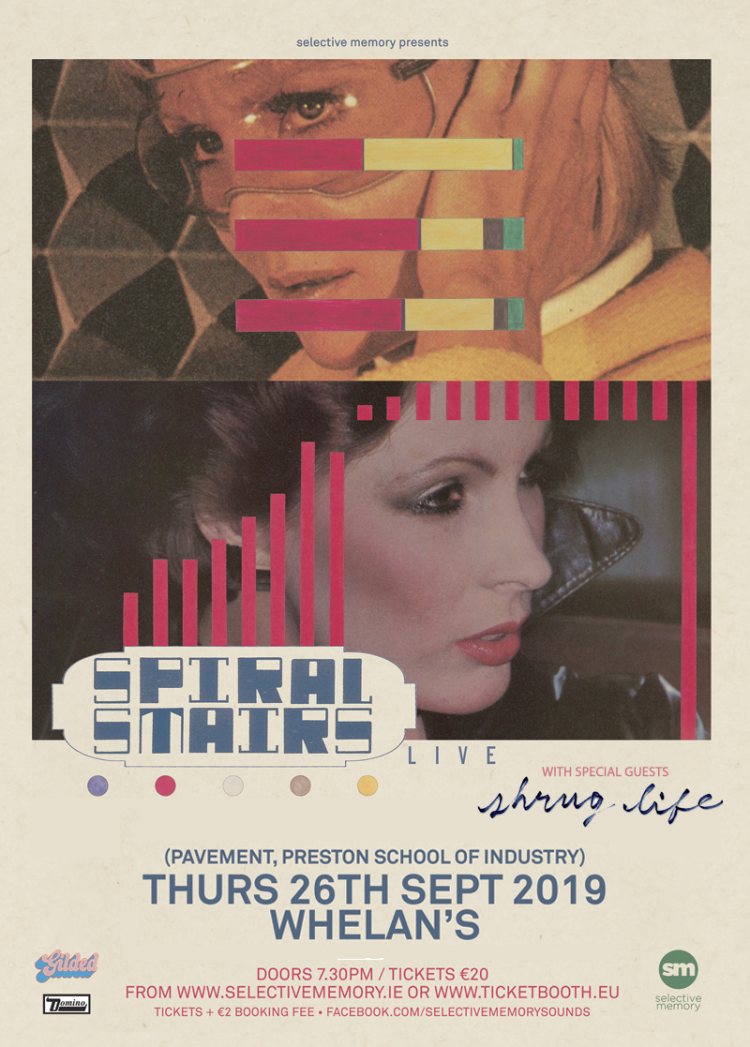 (SCOTT KANNBERG OF PAVEMENT AND PRESTON SCHOOL OF INDUSTRY)

Spiral Stairs has announced his first ever Irish show at Whelan’s on 26 September 2019. The announcement follows the release of the Pavement co-founder Scott Kannberg’s third album as Spiral Stairs – the critically acclaimed We Wanna Be Hyp-No-Tized on Domino Records. Tickets €20 plus booking fee go on sale this Thursday 4 April from Selective Memory (www.selectivememory.ie) and Ticketbooth (www.ticketbooth.eu).

Kannberg’s indie-rock legacy continues with Spiral Stairs following on from renowned musical projects Pavement – one of the most influential and distinctive bands to emerge from the American underground in the early ‘90s – and Preston School of Industry.

Scott Kannberg’s solo career proper began with the first Spiral Stairs album The Real Feel back in 2009, and after taking a lengthy break following Pavement’s triumphant global reunion tour in 2010 he returned in 2017 with his acclaimed sophomore solo effort Doris & The Daggers.

For his feelgood third solo album We Wanna Be Hyp-No-Tized, Pavement co-founder Scott Kannberg – best known to the musical world as Spiral Stairs – concocted some of the most fun and accessible music of his storied career by expanding his musical repertoire, in the process embracing some sounds and artists which for some reason or other slipped through the cracks as he took alternative rock to the world during his action-packed youth.

We Wanna Be Hyp-No-Tized (Nine Mile Records) out now is fun, infectious and musically compelling, while still managing to cover some hefty topics like the current rambunctious political climate and the devastating loss of loved ones, augmented by some tales inspired by various pop culture sources. It’s the best of all that’s come before combined with a newfound wisdom and appreciation of the classics, aided by some beautiful embellishments courtesy the skilled musicians at his disposal.

More than 25 years into his incredible musical journey We Wanna Be Hyp-No-Tized represents perhaps the archetypal representation to date of Spiral Stairs’ beloved canon – in these tumultuous times we’re living in that’s surely inspiration in itself.

Praise for Spiral Stairs – We Wanna Be Hyp-No-Tized

“His strongest and most immediately appealing output to date.” Pitchfork

“The music is a refreshing change of pace for Spiral Stairs.” Stereolab