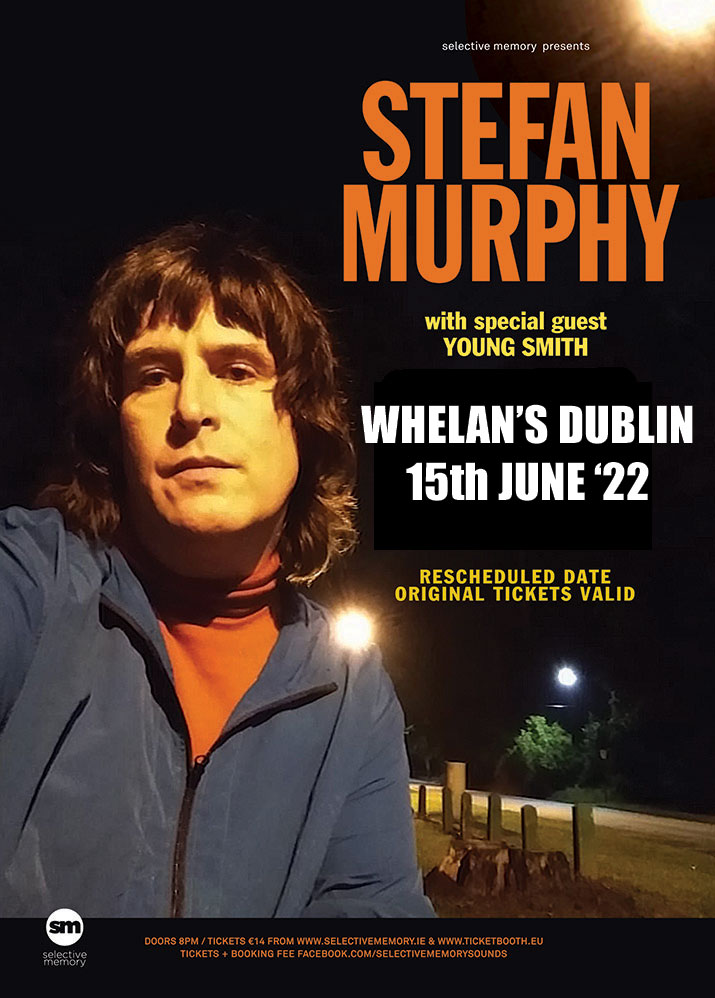 Following on from his recent stellar performance in The Workman’s Club, Stefan Murphy will perform livein Whelans, Dublin, doors 8pm. Supported by Young Smith, who hails from Limerick.

Tickets for Stefan Murphy cost EU14.00 and are on sale now from www.selectivememory.ie and from Wav Tickets

Stefan Murphy has been making music and putting out albums since 2006. With his first serious project The Mighty Stef he made 4 records and toured the world incessantly from his home base in Dublin Ireland before moving to Berlin in 2015. Whilst in Germany he formed his second wave project Count Vaseline which was more studio than live based churning out two very experimental albums in less than two years. Upon moving to the US in 2016 he worked towards taking the CV project on the road. He signed to Saustex, a Texas based alternative rock n roll label in the spring of 2017, went on a 60 date US tour playing small clubs nationwide and releasing ‘Tales From The Megaplex’ a critically acclaimed slice of DIY punk that was 13mins long in its entirety.

In January 2019 following a one year break from touring and releasing music Murphy announced that he would be working henceforth as a solo artist under his given name. Since then he has done a handful of short US and european tours, released one single ‘Dry Cider’ and has been working on a full length album during frequent trips home to his native ‘Dublin’. –  Debut solo record is due in Oct / Nov 2020.

Tickets for Stefan Murphy cost EU14.00 and are on sale now from www.selectivememory.ie and from Wav Tickets