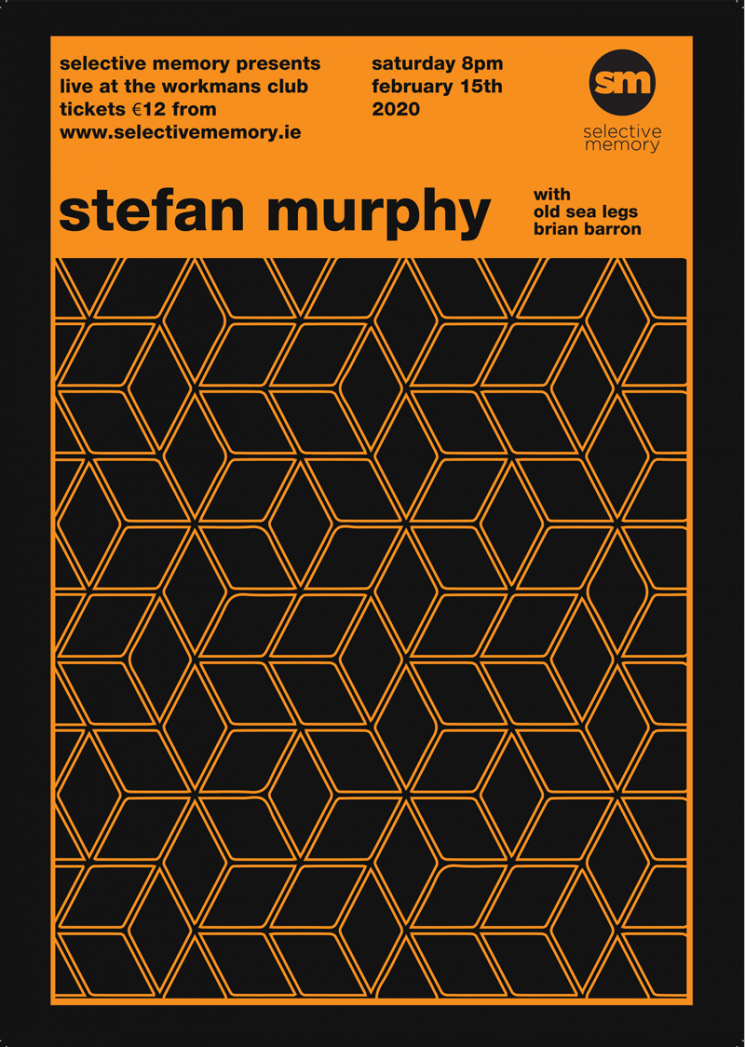 Tickets for Stefan Murphy cost EU12.00 and are on sale now from www.selectivememory.ie

Stefan Murphy is a US based Irish artist who has been releasing music in various guises since about 2006. Over the course of a decade, with his original project ‘The Mighty Stef’ [or TMS] He made four albums and toured much of the US and Europe earning a small but loyal following for his idiosyncratic brand for rock n roll storytelling. Following this Murphy moved to Atlanta GA and start making records under the name ‘Count Vaseline’ this was more DIY and experimental than the TMS work and was greatly received by critics and audiences when he took it on the road (which was not too often, due to the difficulty of executing the sound with only one person)

In 2019 – 2020 Stefan Murphy has started performing and writing for the first time under his given name and has about three tours under his belt, some solo gigs, some with a band and others as a two piece with a piano / organ / synth player. The Debut Album is due in 2020.

Tickets for Stefan Murphy cost EU12.00 and are on sale now from www.selectivememory.ie