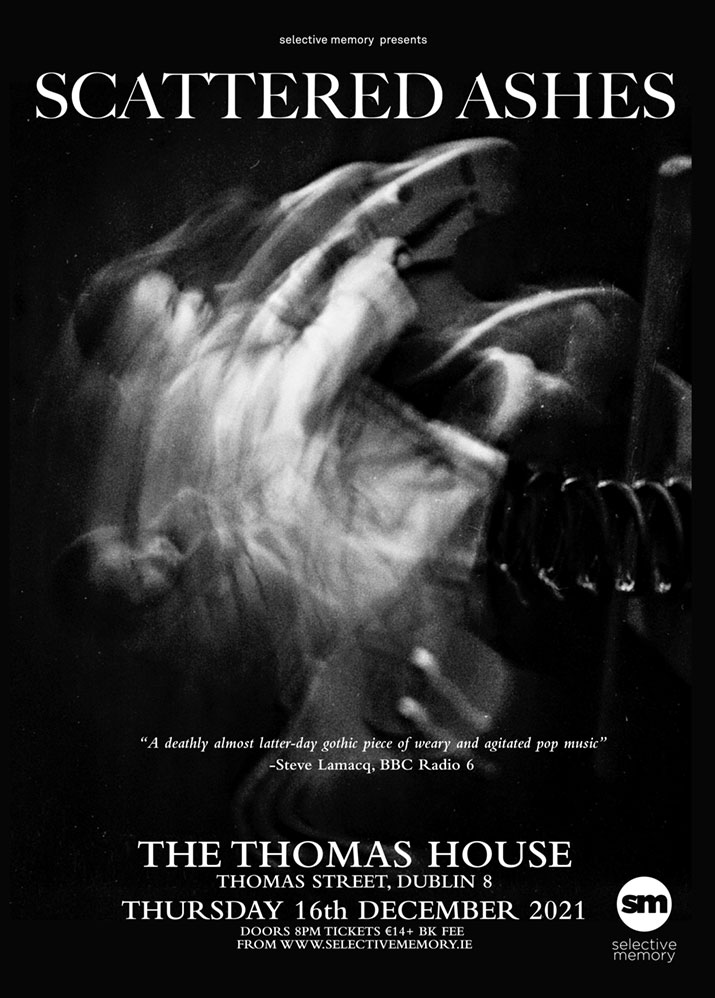 The abrasive four-piece burst on to the scene November 2020 with their debut single ‘Love Is Not An Option’ receiving immediate support and airplay from Steve Lamacq (BBC Radio 6) and KEXP over in the states.

Tickets for Scattered Ashes Dublin show at The Thomas House cost
€14 +b.fee and are on sale now