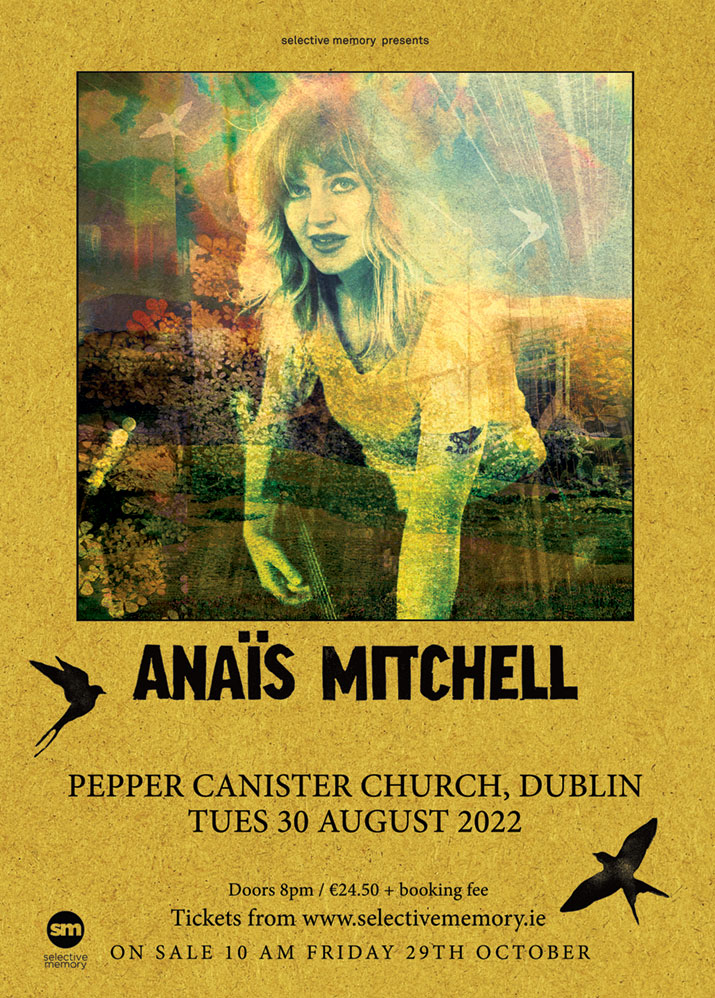 Selective Memory are excited to announce a show with Grammy award winner Anaïs Mitchell at the Pepper Canister Church on 30th August 2022.

This will be her first headline show in Dublin in over 8 years.

Dubbed by NPR as “one of the greatest songwriters of her generation”, Mitchell’s new self-titled album will be released on January 28th 2022.

Watch the LIVE premier of her new single ‘Bright Star’ from today
https://www.youtube.com/watch?v=ijMnvVmkaRU

Tickets for Anais Mitchell at The Pepper Canister Church are €24.50 and are on sale
this Friday 29th Oct at 10am.