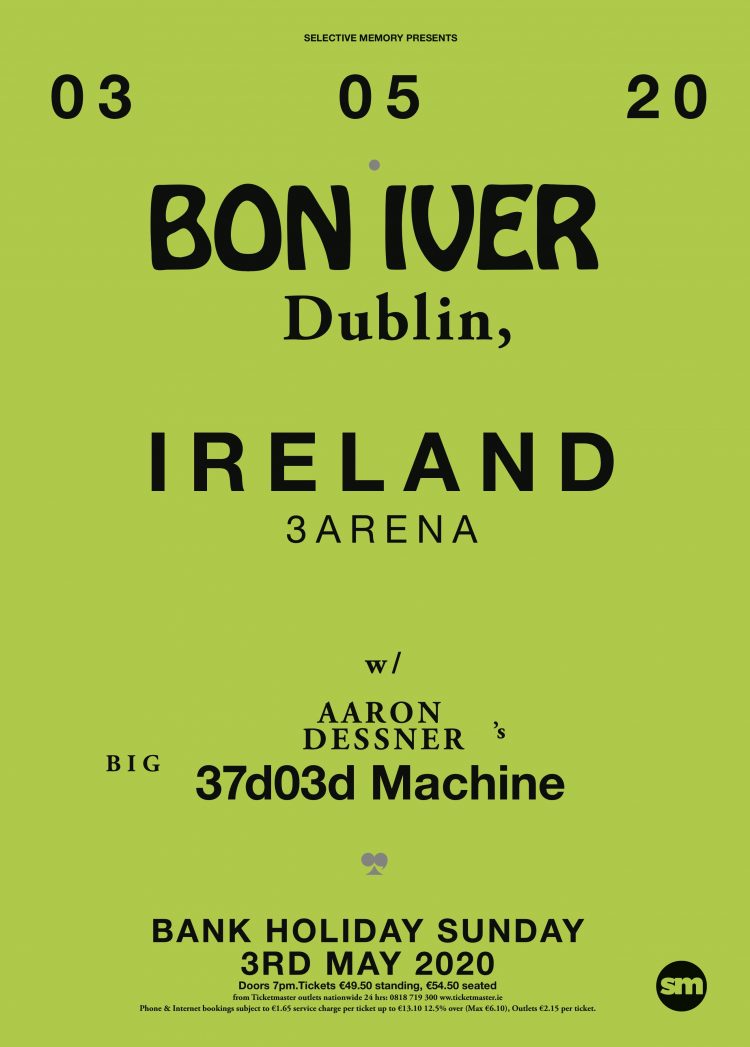 BON IVER this morning announce a headline show at Dublin’s 3 Arena for Sunday 3rdMay 2020.   This show will be their first indoor show in Dublin in some 8 years – when they finished up a world tour with a now-legendary sold-out show at the same venue, from where frontman Justin Vernon announced to the crowd a global hiatus, one that ended up lasting five years.

Support on this show comes from Aaron Dessner’s Big 37d03d Machine who will develop and perform new music in collaboration with 37d03d friends. Aaron Dessner is of course best-known as one of the leading members of The National amongst other projects.

Tickets for Bon Iver’s Dublin show cost EU49.50 standing or EU54.50 seated and is on sale  from Ticketmaster and www.selectivememory.ie