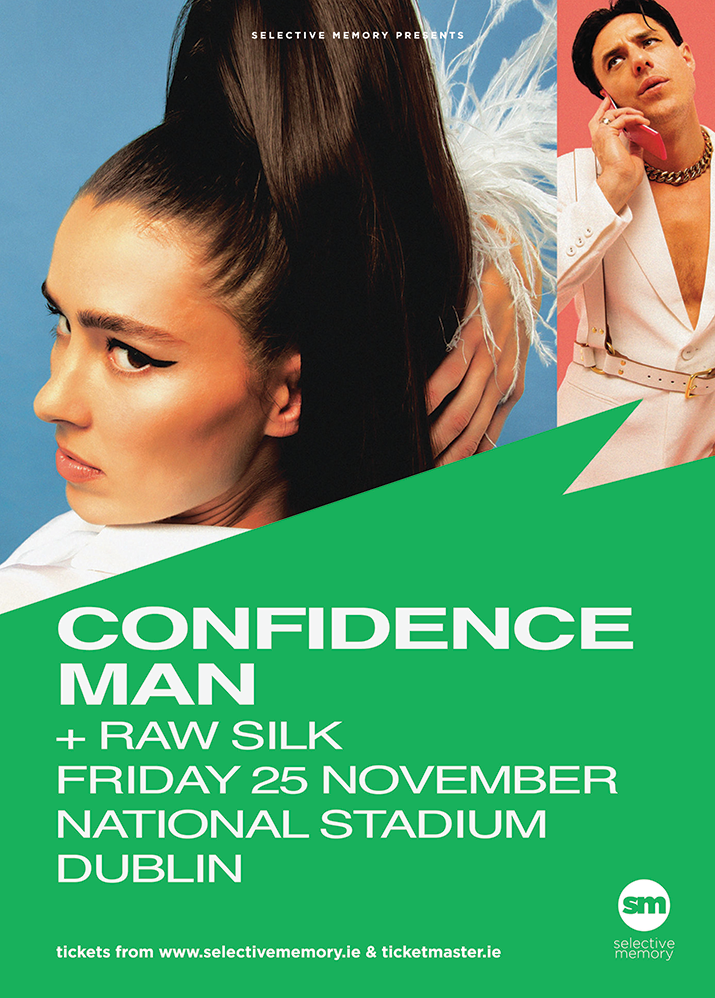 Fresh off their sold out show at Vicar St in June, one of the hottest acts in the world right now, Confidence Man are returning to Dublin to blow your minds once again with their biggest Irish headline show to date at the National Stadium, Dublin on Friday 25th November.

Australia’s favourite power pop darlings are back with a brand new UK & Ireland tour. A tour that has already seen them sell out two shows in London and THREE dates in Manchester, and now they’ve added a date for Ireland at the unique venue that is National Stadium, Dublin.

The band’s latest album ‘TILT’ was released in April and has already been a massive hit, racking up millions of streams already.

TILT is the sound of the band testing, stretching and moulding; defining and redefining their parameters, “Wanting to push the boundaries of what Con Man could sound like” as frontman Sugar Bones puts it, “To take it to another dimension.”

Tickets for Confidence Man cost €24.50 and are on sale NOW  from www.selectivememory.ie