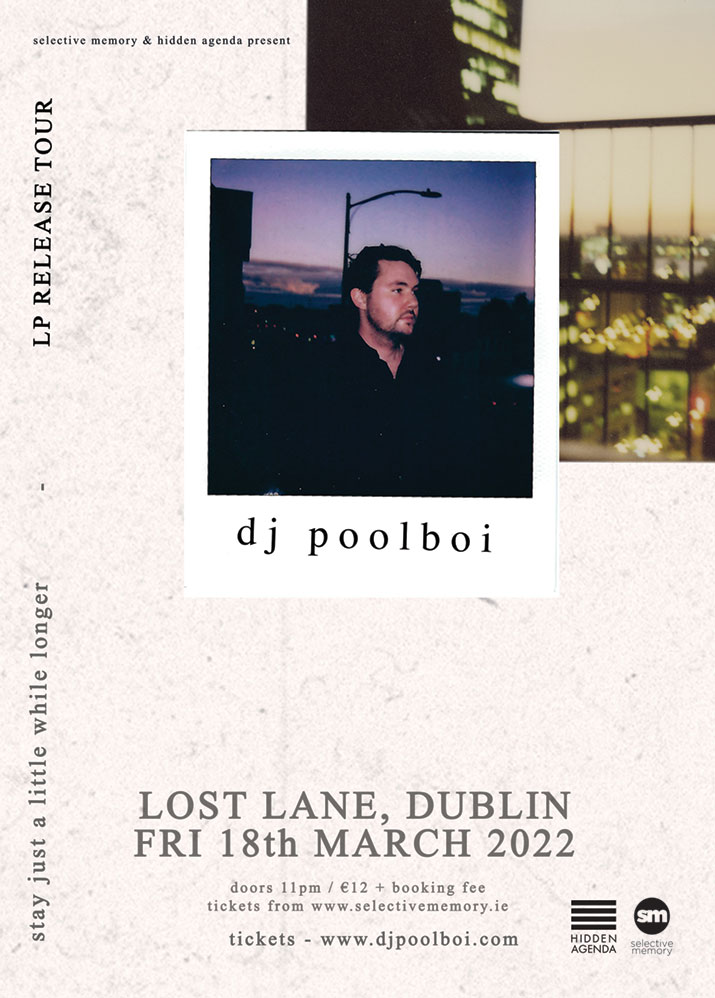 Selective Memory are delighted to bring musician and producer dj poolboi  to Ireland for a  late show at LOST LANE in on St Patrick’s Day weekend in March.

With a strong visual presence from his many music videos, poolboi has quickly amassed 100k subscribers on Youtube. With over 50 million streams to date the artist began landing coveted gigs across North America.

In 2020 he released his second album ‘it’s good to hear your voice’ to critical acclaim and in 2021 has released six singles including the hypnotically catchy ‘i don’t really mind’.

Tickets for dj poolboi at LOST LANE are 15 + Booking fee and are on sale this Friday 26th November at 10am from Selective Memory.