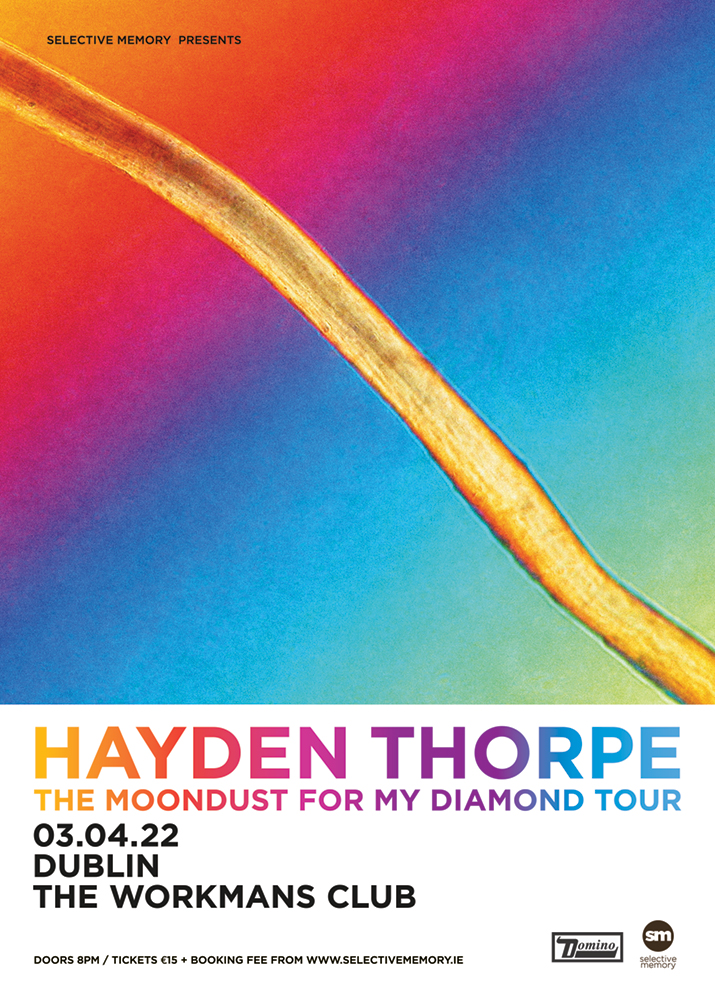 On Sale This Friday Oct 8th at 10am

Hayden’s first solo album Diviner, released in 2019, received overwhelming critical acclaim. After an extensive tour and collaboration with Jon Hopkins, Hayden’s second solo album Moondust For My Diamond   is due to be released on October 16th.

Pre release of his new album is here