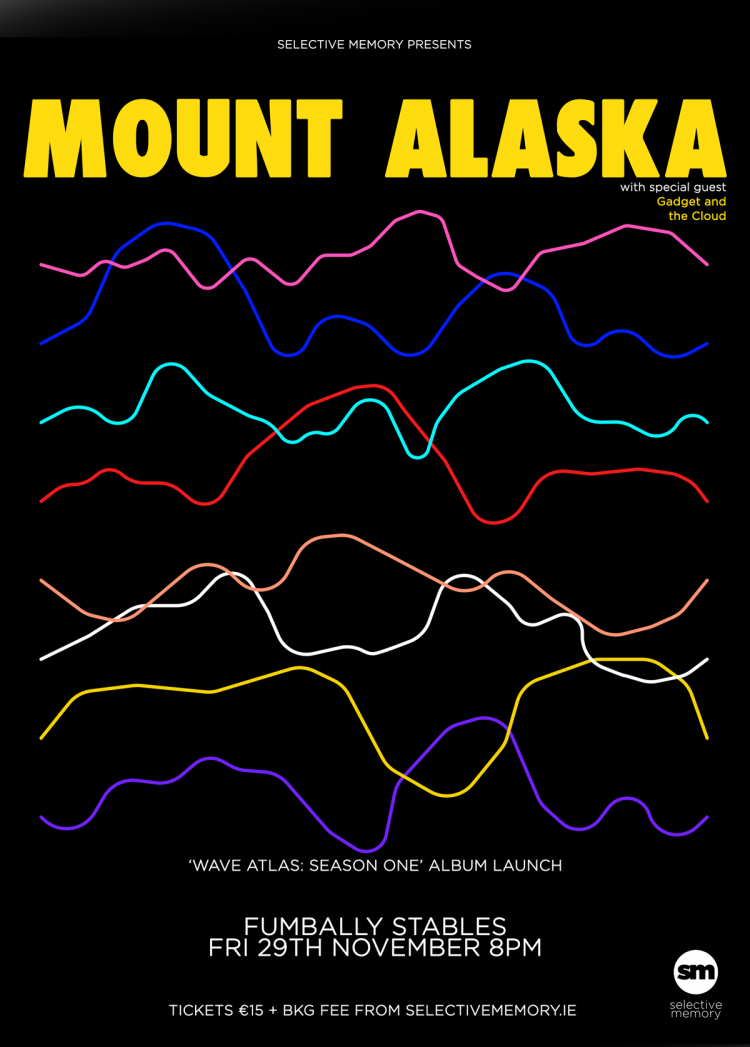 CELEBRATING THE LAUNCH OF THEIR NEW ALBUM WAVE ATLAS: SEASON ONE

Mount Alaska will celebrate the launch of their new album Wave Atlas: Season One on Friday, 29th November with very special guest, Gadget and the Cloud.

Tickets for Mount Alaska cost €15 and are on sale now

The new album was written, recorded and produced by Stephen Shannon and Cillian Mc Donnell, in Shannon’s Dublin studio, Experimental Audio, and will be available on CD / digital from Friday, 22nd November.

“The concept for Wave Atlas: Season One came from a desire to create a soundtrack for a TV show that doesn’t actually exist,” says Shannon. “I’ve worked on film soundtracks for a few years and really enjoy the process of writing music to picture. It’s a completely different process.”

Cillian adds; “The idea of presenting a soundtrack in isolation really appealed to us – it was an interesting challenge to deliver a body of work where the music is front-and-centre, but the narrative and plot are secondary. So much is left up to the listener … ”

“Our influences, listening habits and studio work hasn’t always been represented by the music we release, so Wave Atlas: Season One is a good way of addressing that, and Back To The Land, My Love, is a great way of introducing people to a side of Mount Alaska they rarely get to hear,” says Mc Donnell. “It also leaves the door wide open, creatively and conceptually, for Wave Atlas: Season Two… ”