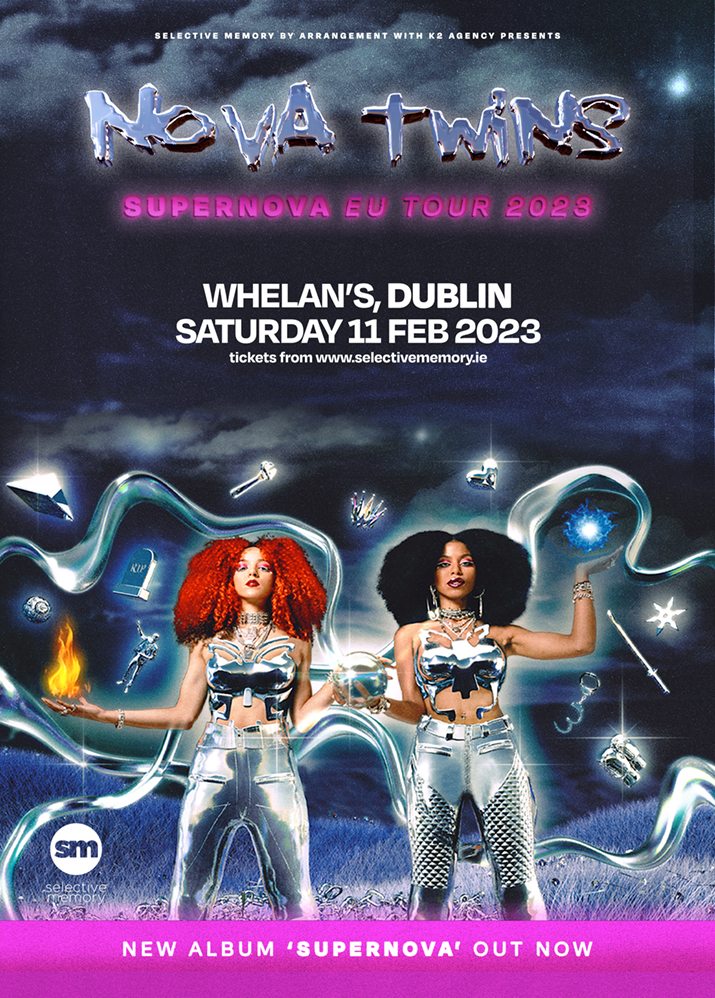 
General Tickets €18 On Sale This Wednesday 7th Sept at 12pm

Selective Memory are excited to be bringing back Nova Twins to Dublin, after their sold out mind bending Irish debut earlier this year..

The recently Mercury Prize nominated band will be returning to Whelan’s of Wexford Street for one night on Sat 11th February 2023 and based on their last Irish show, it promises to be one NOT to be missed.

The band’s second album SuperNova was released in June 2022 and not only is it nominated for this year’s Mercury Prize, Nova Twins will also be performing live at the ceremony.

Watch the video for their latest single ‘Choose Your Fighter’ now

to get your tickets before anyone else


“Meet the new gen rock duo on a quest to diversify the music scene.”- The Face

“You have never heard two women have this much fun with a metric fucktonne of distortion pedals, but if you do in the future, then the way will have been paved by Nova Twins.” – Clash

“You’d be hard-pressed to find a band doing anything quite like this right now.” – Kerrang!