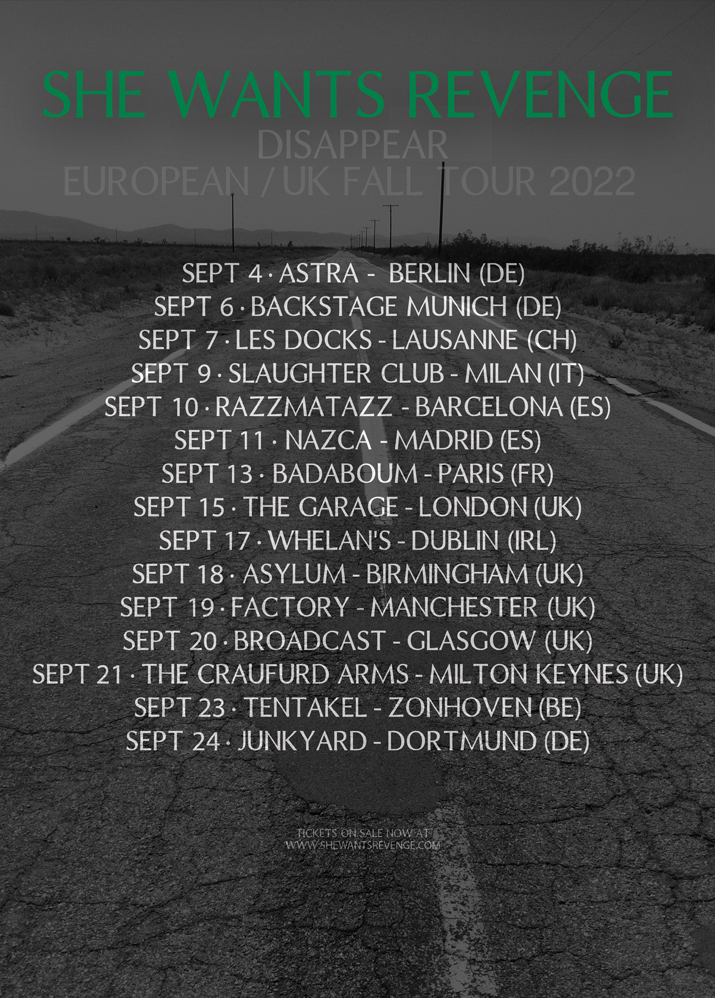 She Wants Revenge’s music is hard to emcompass into a single genre or sound. It draws inspiration from several alternative rock and new wave artists. The band blends their influences with ever-present electronics (eg. synths and drum machines) in a style most accurately labeled under the umbrella term, “darkwave”, a style of music reminiscent of the New Wave and Gothic Rock sounds of the 1980s.

This show is not to be missed.