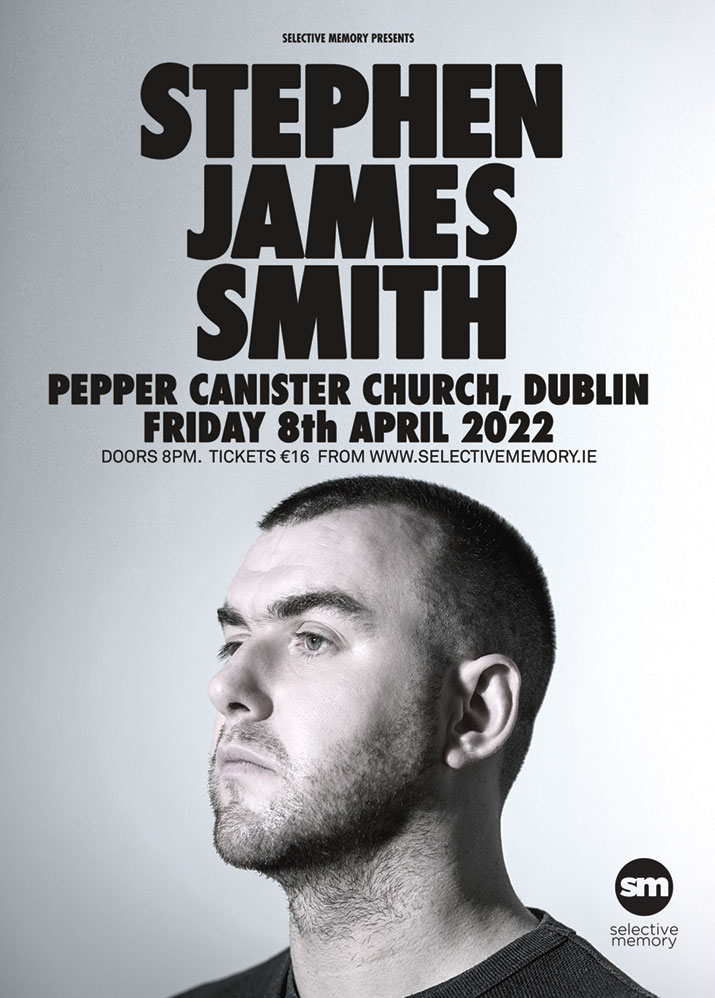 Stephen James Smith is a Dublin poet and playwright central to the rise of the vibrant spoken word scene in Ireland today.  To date, his poetry videos have amassed over 3 million views online.

In 2017 he was commissioned by St. Patrick’s Festival to write a new poem as a “celebratory narrative” of Ireland.  The resultant piece ‘My Ireland’ is accompanied by a short film by Director Myles O’Reilly, arranged and mixed by Conor O’Brien (Villagers), with music by Colm Mac Con Iomaire, Loah, Saint Sister, Eithne Ní Chatháin (aka Inni-K) and Ye Vagabonds.  It has been viewed over 300,000 times online and was screened at London Film Festival in Trafalgar Square on March 17th. The poem was in many ways a follow on from Smith’s previous poetry video Dublin You Are, which itself clocked up in excess of 250k views.