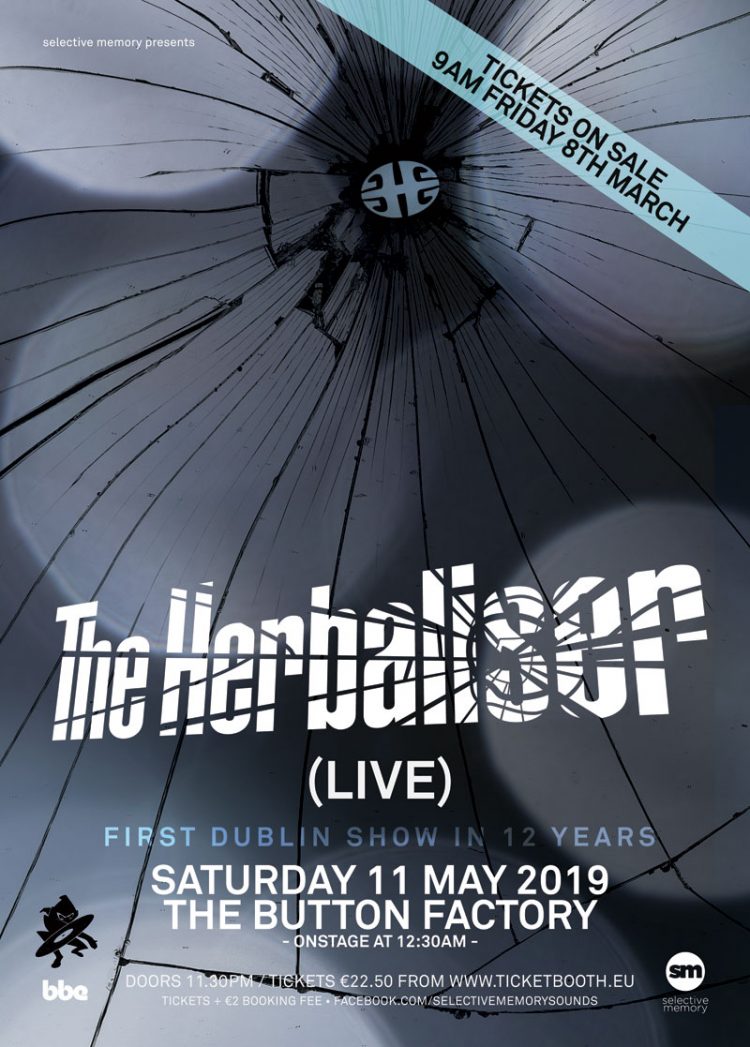 PERFORMING AS A FULL 8 PIECE BAND

Much loved UK band The Herbaliser – performing as a full 8 piece band – have announced their first Dublin show in 12 years at the Button Factory on Saturday 11 May 2019. Tickets €22.50 plus booking fee (additional charges may apply) go on sale this Friday 8 March at 9am from Selective Memory (http://bit.ly/Herb_SM) and Ticketbooth (https://events.ticketbooth.eu/event/the-herbaliser).

Formed in London during the early 1990s, the band’s core members Jake Wherry and Ollie Teeba were inspired by soul, funk and in particular the then current hip hop emerging from America. Unfortunately, at that time, they didn’t know any rappers. They made up for this missing element by adopting an extra ingredient to fill the absence; a widescreen cinematic feel born of vivid imagination. The spy thrillers, westerns and detective shows of the duo’s 1970s youth would be plundered for inspiration and translated to vinyl by what would soon become their trademark, an explosive and extensive live band. But this template was set long before the convening of that large ensemble.

The Herbaliser were signed to Ninja Tune in the mid 90s, releasing their first EPs and the album ‘Remedies’, which collated them, in 1995. Ninja Tune, alongside compatriot label Mo Wax, would soon come to define a new British musical response to the American hip hop of the day. With an extremely keen eye on the visual design aspects of their releases, these labels explored an often chilled and downbeat style of instrumental hip hop (dubbed trip hop, by some) which proved to be of widespread appeal. With their distinct sounds and visual identities the labels quickly garnered huge audiences worldwide and as one of Ninja Tune’s leading lights. The Herbaliser would soon become one of the movement’s most visible artists.

With six years having passed between the release of their last LP and 2018’s album ‘Bring Out The Sound’, it seems time between albums is increasing for The Herbaliser, although any delay cannot solely be attributed to their existence within music. The trials and tribulations of wider life aside, The Herbaliser have returned again, as indefatigable as ever, with their unique, cinematic take on hip hop and their ever popular live spectaculars. It’s been a while in coming but it’s once again time to Bring Out The Sound.