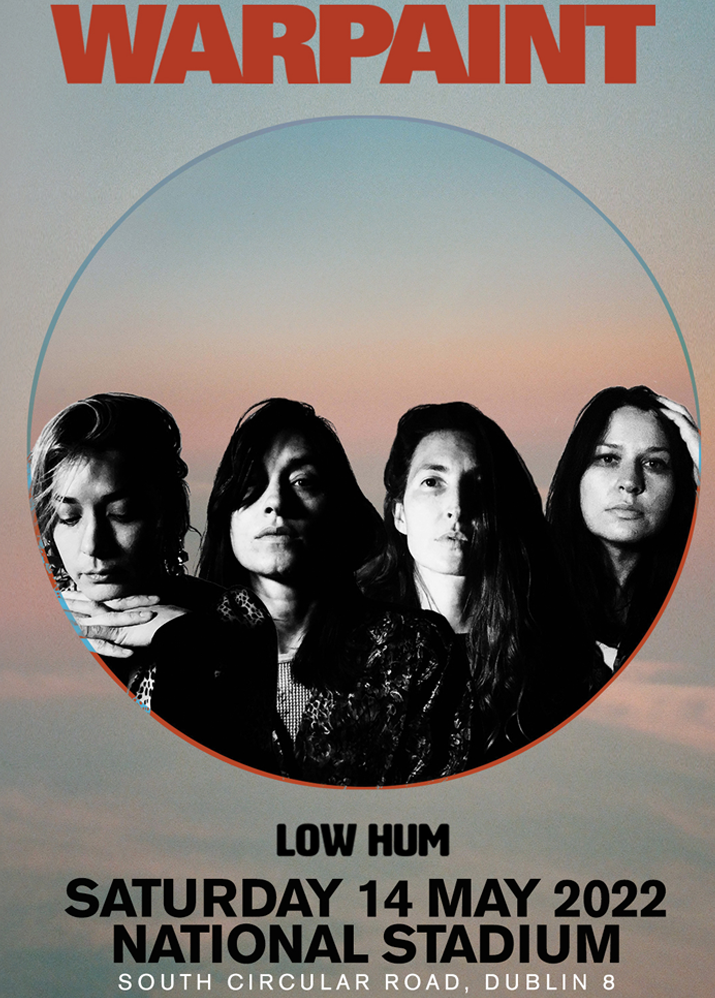 The critically acclaimed LA-quartet Warpaint have announced a UK and European tour for Spring/Summer 2022, including a show at The National Stadium, Dublin on May 14th.

Since the band’s inception in 2010, breaking onto the global scene with widely praised debut album ‘The Fool’, Warpaint have gained cult-like status and confounded expectations; releasing two more studio albums, 2014’s ‘Warpaint’ and 2016’s ‘Heads Up’. The four-piece are renowned for creating sensual mood atmospheres; gauzy guitars, hypnotic harmonies and sinister grooves. The sound and live show always come back to what can be described as feminine energy: intuitive, innate and deeply connected.

The band have also teased details of a new album. Just as they were coming together to work on a new album in 2020, the pandemic consigned them to opposite ends of the globe. Despite this, they recently released the immaculate ‘Lilys’, their first newly written music in five years and a reminder of why the band have sat at the forefront of female-fronted alternative music for a decade.

Kicking off in May with five UK dates, including London’s The Roundhouse, the tour will see the band visit thirteen cities across seven countries.

Tickets for WARPAINT at The National Stadium are €28.50 and are on sale Friday 22nd Oct at 10am.