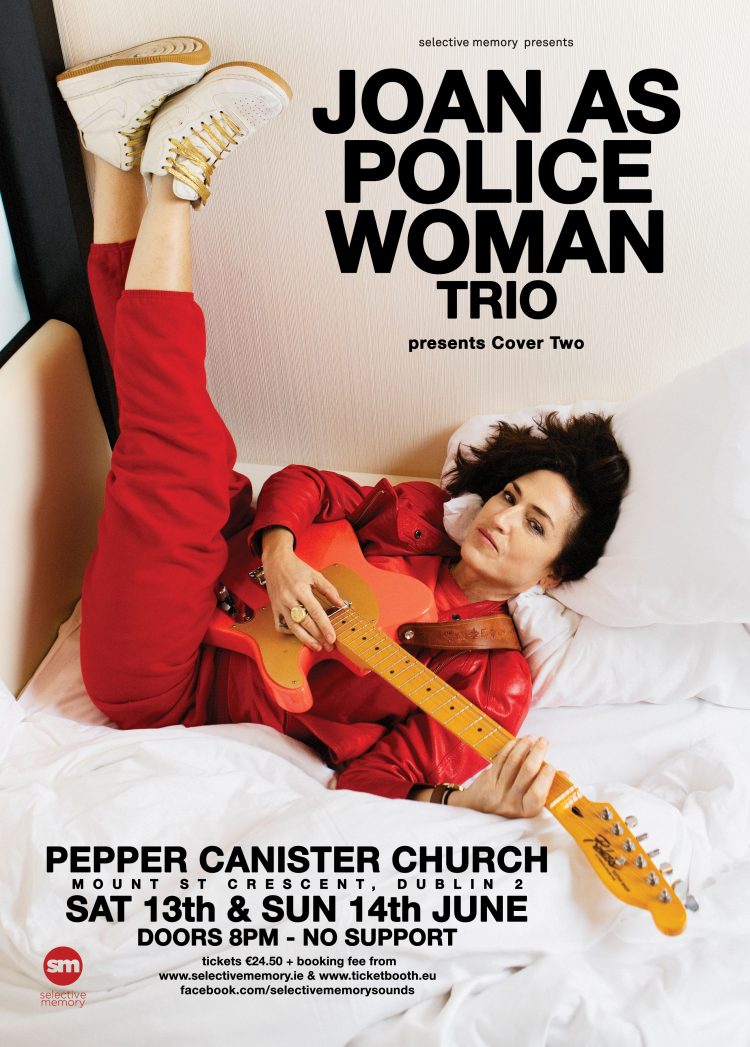 We just can’t get enough of Joan As Police Woman. After her sold out Irish tour last July, we are thrilled to announce that Joan will be performing her new album ‘Cover Two’ live in concert with Parker Kindred (drums) and Jacob Silver (bass) for two nights, Saturday 13th June and Sunday 14th June, in the georgian gem that is the Pepper Canister Church, Dublin.

Her new album ‘Cover Two’ (Sweet Police / PIAS), will be released on May 1st. This will be Joan’s second album re-working songs by other artists and again, Joan makes some very interesting and surprising choices.

Joan Wasser (born July 26, 1970), known by her stage name Joan As Police Woman, is an American musician, singer-songwriter and producer. She began her career playing violin with the Dambuilders and played with Black Beetle, Antony and the Johnsons. Since 2004 she has released her solo material as Joan As Police Woman. She has released five regular studio albums, one EP, a number of singles and a collection of covers.[1] Throughout her career, she has regularly collaborated with other artists as a writer, performer and arranger.[2]

Acclaim for Joan As Police Woman..

‘This is breathtakingly good music’ – Uncut

‘The coolest woman in pop’ – The Times