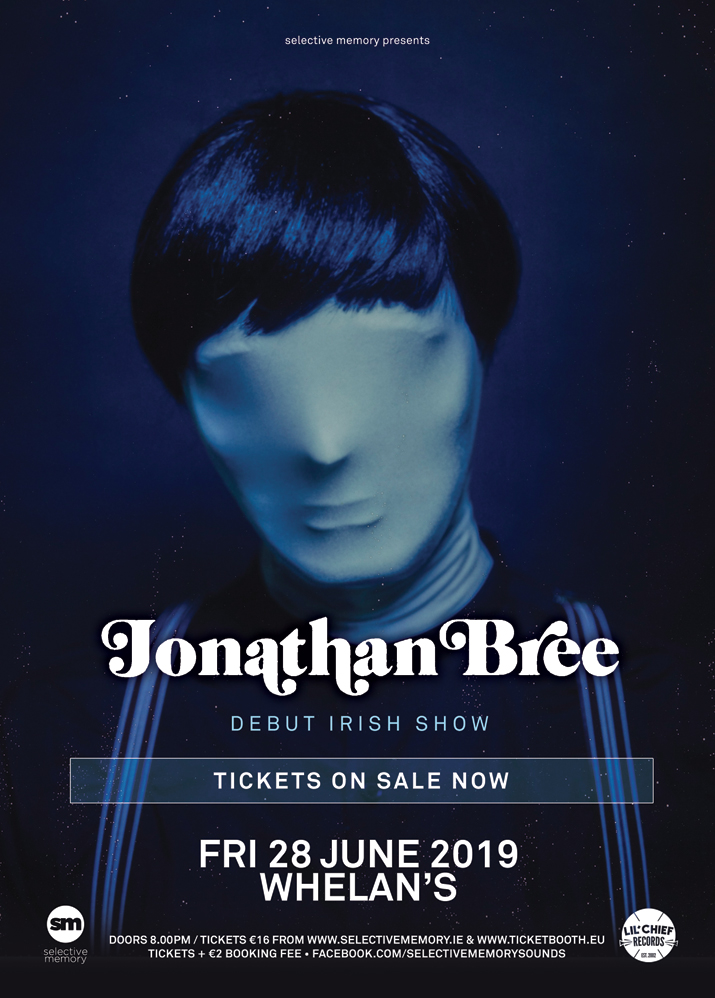 Multi-talented New Zealand musician, producer, Lil Chief Records label head and founding member of The Brunettes, Jonathan Bree has announced his first ever Irish show at Whelan’s on 28 June 2019. Following the release of his third album Sleepwalking, Bree and his six-piece band are coming to Ireland as part of a US and European Tour which has been receiving rave reviews across the world. Ever busy he is currently recording material for his 4th album with release date to be announced.

Bree’s live show is captivating and otherworldly – both aurally and visually. His solo career is marked by well-planned visual aesthetics with his 2018 music video for “You’re So Cool” becoming a YouTube sensation racking up over 10 million viewers to date.

Jonathan Bree began his musical career in the late ’90s with The Brunettes. The chamber pop group signed to Sub Pop, toured the world, and released a run of sunny, witty albums until  2009. After that, Bree continued to co-run Lil Chief Records, worked on albums by Princess Chelsea with former Brunettes member Chelsea Nikkel – including the single “The Cigarette Duet,” which was viewed over 20 million times on YouTube – and released albums under his own name.

While running Lil’ Chief Records, Bree also concentrated on his own music, and in 2013 his first solo album, The Primrose Path, was released. At the same time, he and Nikkel were working on the second Princess Chelsea album and The Great Cybernetic Depression hit the airwaves in 2015. It was followed quickly by Bree’s second album, A Little Night Music. Bree released his highly anticipated third solo album Sleepwalking – an enchanting, orchestral pop record – in 2018 to critical acclaim.

“Sleepwalking is exactly that kind of masterpiece that is a product of somebody who drinks, eats, and sleeps music.” Soundblab

“Refined and classy – with no sweat or blood spilled, but plenty of hearts bruised and broken – the record is a subtle and sophisticated listen made by a master craftsman whose beating heart is laid bare for all to see just below the glossy surfaces.” Allmusic

“Sleepwalking is a record of sublime and sophisticated classic pop that conspires to lead you, willingly, into its dark night.” NZ Herald